Jörgen Molin and Peter Wisseng in a mine action in Iraq

Mr. Jörgen Molin and Mr. Peter Wisseng takes us to Iraq where they developed and implemented, together with UNMAS, The first training for women in Iraq on EOD. 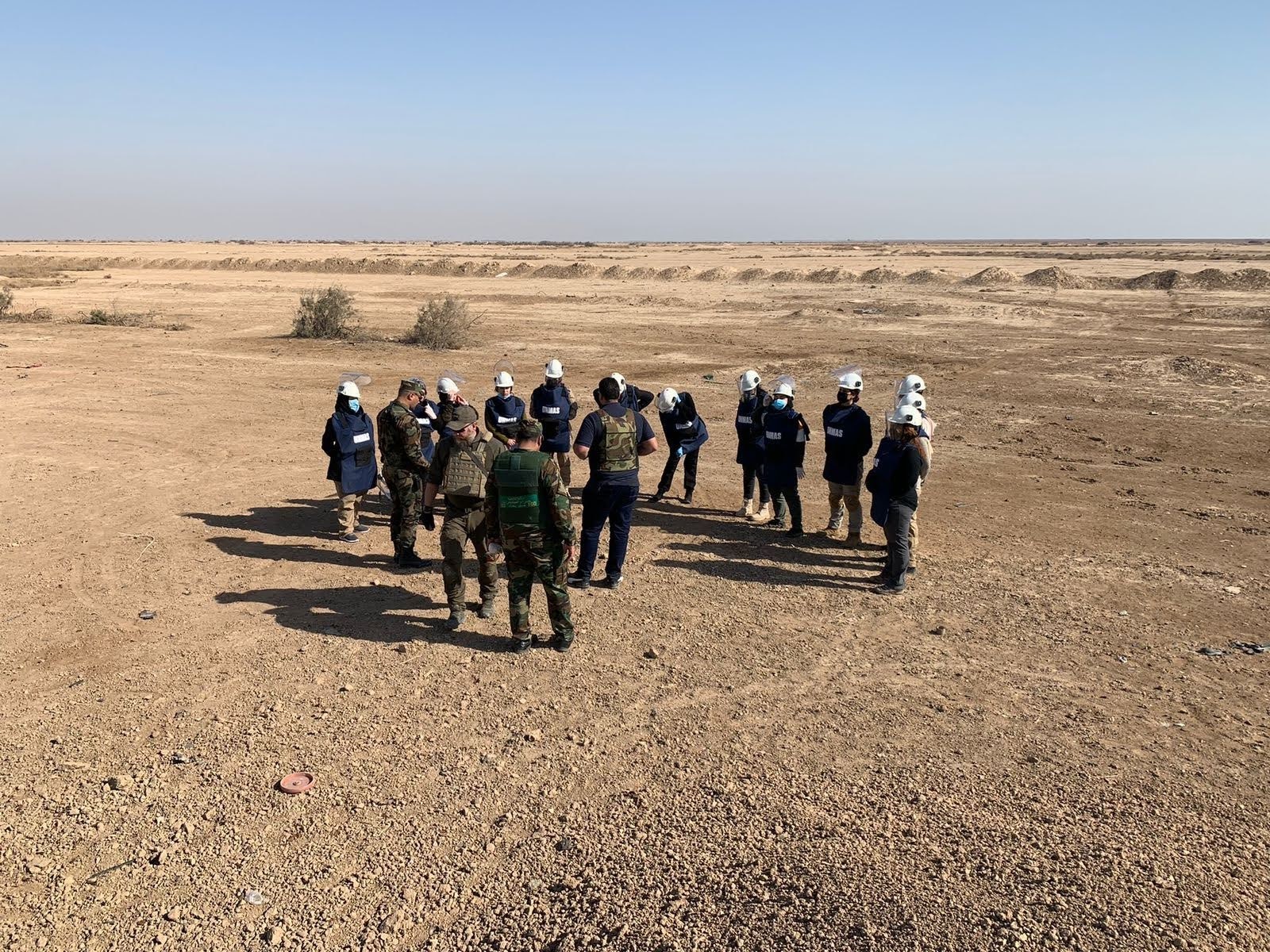 The first training in Iraq for women on EOD. Photo: UNMAS

In October 2021 UNMAS (United Nations Mine Action Service), requested MSB to support a training in Iraq. After a dialogue between MSB and UNMAS, the outline of the training became clear. UNMAS asked for support with EOD (Explosive Ordinance Disposal) training of the first female EOD team in Iraq.

The background of the students on this course was diverse, from no previous knowledge to some years of practical experience in the Mine Action sector. Security was key in the setup of the training; the first weeks were planned in Erbil (in the Kurdish part in the north of Iraq) for the theoretical part. The final weeks were located in Baghdad in the south for the practical part of the training.

MSB started the training in the first week of November in Erbil with 16 students. All the students were keen to learn about EOD work, despite various levels of previous practical experience, starting at the very basic level of what Mine Action is and what the standards and guidelines are in The International Mine Action Standards (IMAS) and how to work in the field according to the EOD SOP (Standard Operating Procedures).

During the first week in Erbil the students participated in presentations and did practical training in the field, such as battel area clearance (BAC). At the end of each week the students performed a weekly test, to ensure that the instructors could see that the students were at the right level.

After the weeks in Erbil the gear was repackaged and the planning of the next phase of training outside Baghdad began. Particular focus for this part of the training was the security and the security of movement for the instructors and the students. All movement was planned meticulously and was approved by United Nations Department Safety and Security (UNDSS) in advance. This included the training areas, the demolitions ranges and the extra equipment.

The training team was escorted by Iraqi Security Forces (ISF) in UN B6 vehicles (armoured vehicles) from the accommodation inside the Green zone to the training areas. The students were taken to the location on a separate bus. The last weeks on the training were intense, the students were learning and practising the last steps in the EOD training: classification and identification of ammunition – fired or unfired – safe to move or destroy on site et cetera.

On the grand graduation day there were about 40 guest in the ceremony and the handover of the diplomas to the students was a proud day for them and their organizations.

When MSB finalised the training, 15 students had been trained to EOD level, and three of the students that had been working in the field for several years, were now taking the next step in their careers as Team Leaders.

It was an honour for us to train the first EOD female team in Iraq, and we extend our gratitude to all of the support function in MSB that have been essential in supporting the first completed training of  the female students and also to the Technical advisors.