The EU preparedness for light scooping aircraft ends for this year

MSB:s airborne reinforcement resources are a part of the rescEU reserves against forest and land fires. On 31 of October, EU preparedness, which also includes MSB’s light scooping aircraft, ends for this year.
– The Swedish preparedness consists of a system with several different levels, one of which is the EU. It is an important ability that we can help each other within the EU, says Petronella Norell, head of National and Civil Protection Operations Section unit at MSB. 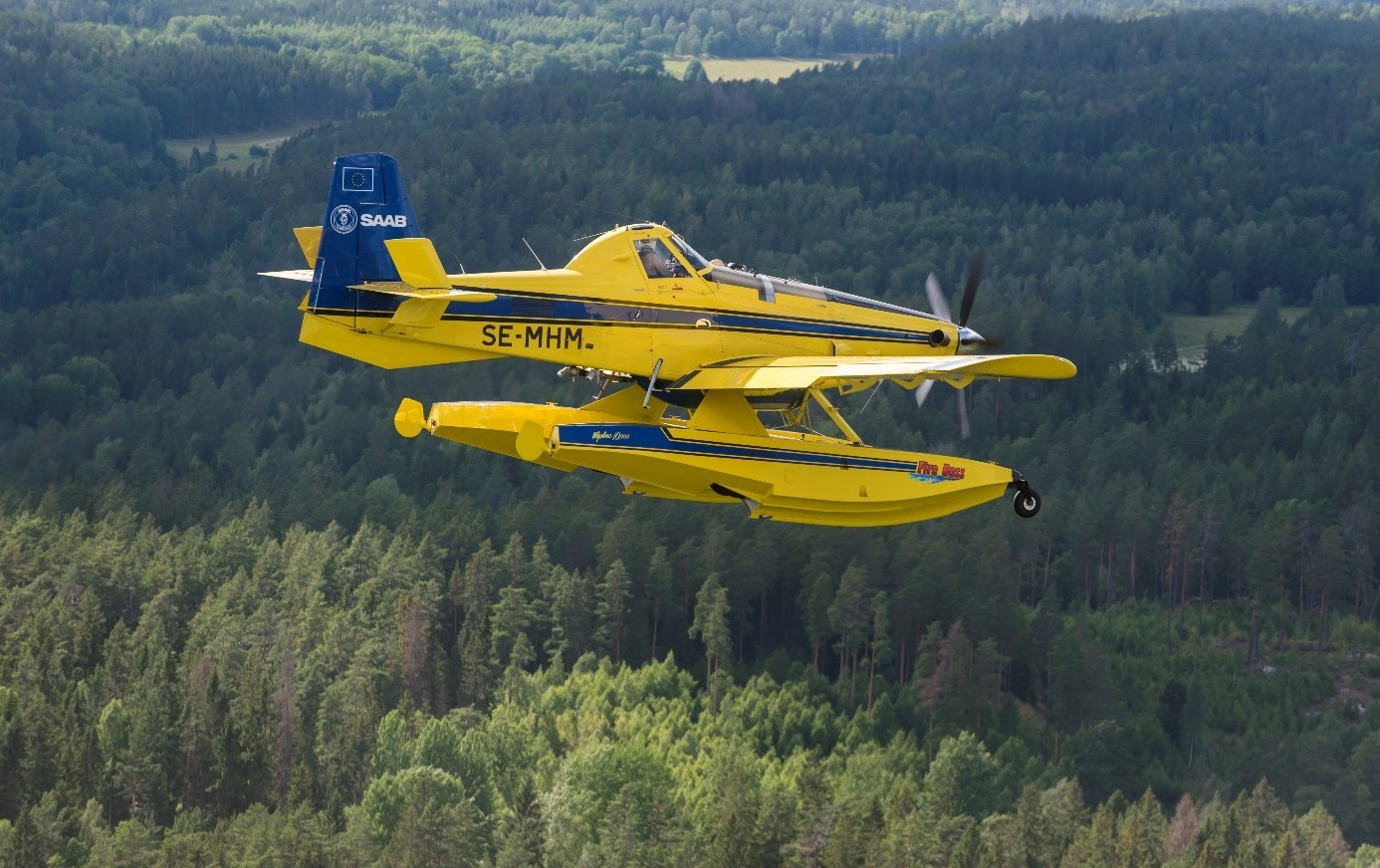 In 2019, MSB contracted helicopters for firefighting and, as from this year, the light scooping aircraft is included in the national and European emergency preparedness for forest fires. The aircraft is a capacity that the EU pays for and which, in addition to being part of Sweden's preparedness, also is part of rescEU.

On 31 October, EU preparedness for this year ended as the greatest risk of fires in forests and land is deemed to be over. This applies not only to the resources that Sweden hosts but also to rescEU reserves in regards to forest fire in general. This season, the light scooping aircraft that Sweden hosts never had to leave Sweden's borders - but the work to build and maintain a preparedness with airborne resources for forest fire fighting is in itself extensive and of great importance if major forest fires occur.

– To handle crisis and disasters and to use our resources in an effective way we need to cooperate and help each other within the EU. This is an EU-funded resource, which means that our airborne reinforcement resources are a part of the EU’s joint emergency preparedness, says Petronella Norell.