MSB is providing staff support to stakeholders under particular pressure

Ever since the novel coronavirus began spreading in Sweden, MSB has had around thirty staff members actively supporting various stakeholders who are under particular pressure.

Ulf Cervinus stepped in to support the National Board of Health and Welfare in mid-April, and is currently expected to remain there until Midsummer.

”I provide support in the management of resources connected with covid-19. Regions and county administrative boards request support from the National Board of Health and Welfare, and sometimes there are special requests for things like tents, N90 masks or ambulances, and I’m involved in handling those requests. The work tasks are very varied,” says Ulf Cervinus, who normally works at MSB’s Rescue Services and Accident Prevention Department.

Ulf is part of MSB’s rapid resource team of qualified and trained operations staff, ready to provide support whenever the need arises. He has previous experience of around ten operations, and has worked in Sweden as well as abroad. Among these was a year-long project in Lebanon following a request from the UN to carry out an explosives clearance operation. He also took part in firefighting operations when Sweden was ravaged by wildfires in 2018, providing what is known as host-country support in receiving international assistance. Through the experience off its staff in different areas and from different parts of the world, MSB learns lessons that can be applied to what we do at home.

It is part of MSB’s mission to support stakeholders in different ways during an emergency. During the current coronavirus emergency, a number of government agencies and regions have received support in the form of reinforcement staff, with MSB providing e g coordinators, analysts and emergency public information officers. Staff is used in different ways depending on needs, partly in supporting organisations with limited experience of crisis management, to make this more operational, and partly in providing relief to staff in organisations that come under increased pressure for an extended period of time. In many cases those providing the support are people previously recruited and trained as operational staff by MSB, who are registered in MSB’s staff resource database. In the event that MSB does not have operational staff with the requested skills we can also source support staff from other government agencies.

”We have received a great deal of appreciation from the agencies our operational staff give support to – this has been expressed as operational staff having made significant contributions, either by providing expertise or by relieving a stakeholder in a very pressured situation, where the workload has been high for a long period of time,” says Josefin Gullstrand, project manager at MSB’s Operations unit. 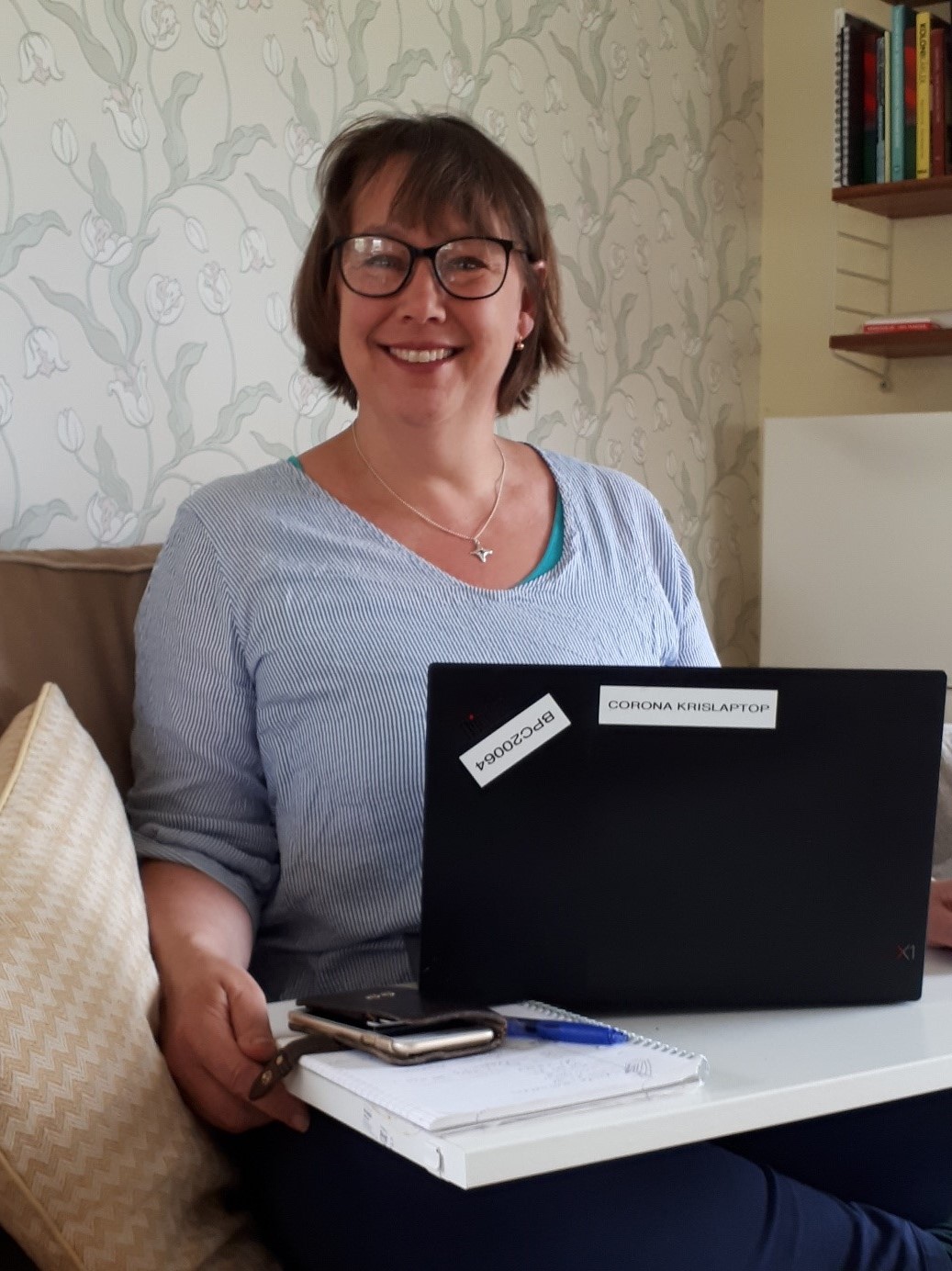 Sara Appelquist provides support to the Public Health Agency of Sweden as an emergency public information officer. This week she is working from home. 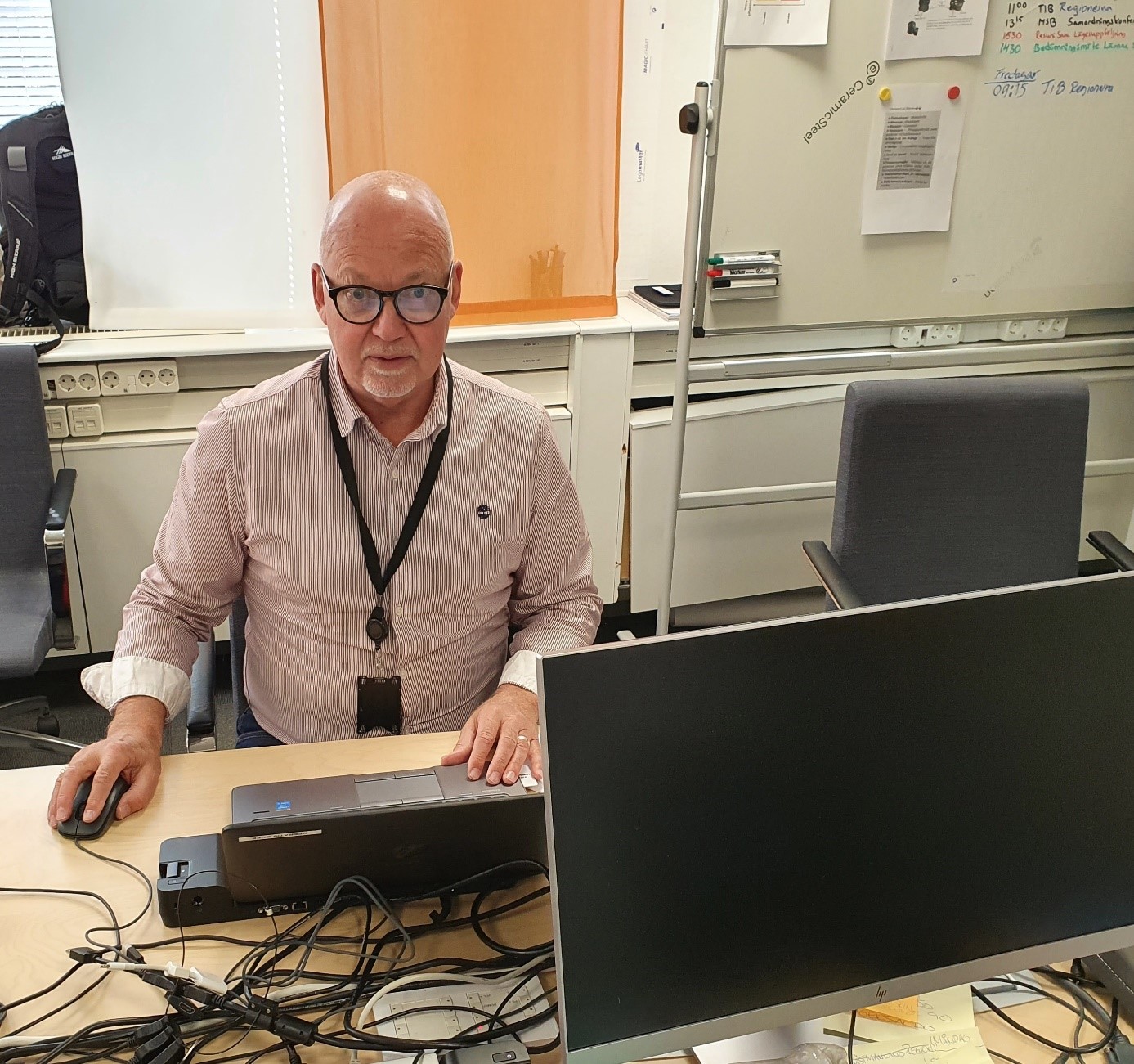 Ulf Cervinus in his work reinforcing the National Board of Health and Welfare as a resource mediator. Ulf has previously worked as operational staff in Sweden as well as abroad, including during the forest fires in Sweden in 2018.

Sara Appelquist, who is normally a border control officer with the Malmö Border Police, is on her first operation with MSB and is currently working as an emergency public information officer at the Public Health Agency of Sweden.

”The Public Health Agency of Sweden is under a lot of pressure, but there’s a good atmosphere anyway, and they’re grateful for the help they’re getting – this was especially clear when I started in mid-March and the situation was a more critical,” says Sara Appelquist, one of MSB’s operational staff members.

Sara’s commission from MSB comes to an end in few days’ time, but the Public Health Agency of Sweden appreciate the support and want her to stay, so they are going to hire her themselves for the next four months. Sara’s work above all involves responding to questions from the general public on social media, but she contributes to the agency’s public information effort in other ways as well.

”It involves everything from devising messaging and packaging information so that it reaches all target groups, to proofreading – big things and small. The most important thing I do is respond to questions from the general public. It’s important that everything is correct, and those of us working with this are in contact with each other a lot, as well as with experts from the agency, in order to formulate good and correct answers. Many people have concrete questions as well as a desire to understand, and it’s our job to try to identify what each person needs and to give them the right information,” says Sara Appelquist.

Sara explains that while there is a lot of criticism in the media, she also gets a lot of positive feedback to the Public Health Agency of Sweden in her contacts with the public. She says that her work is a lot about explaining things in a sensible way, and that it involves quite a large amount of popular education.

“People often express their satisfaction with it, and it’s fantastic to see that what we’re doing is having an effect,” Sara Appelquist says.

MSB’s operations during the corona crisis

MSB has substantial experience of supporting stakeholders during emergencies. In Sweden we have several reinforcement resources capable of providing support in the event of e g oil spills, chemical spills, floods, forest fires, and if expertise is needed in collaboration and management or in receiving international support.

All around Sweden there are also many people who have been in various parts of the world doing disaster work, both preventive efforts to reduce the consequences for communities and emergency efforts to deal with disasters that have occurred. The skills and know-how that 30 years’ experience of international operations have given us at MSB is constantly being fed back into Swedish emergency preparedness through our work during crises and public emergencies.

When the spread of the novel coronavirus reached Sweden with full force as well, MSB was already in the process of supporting the various stakeholders. Among the support we have provided is bringing home Swedes stranded abroad, spreading information material with the support of voluntary defence organisations and helping municipalities with contacts to voluntary defence organisations in order to support elderly people, providing staff resources to 113 13, and supporting and reinforcing Swedish government agencies and regions with staff and advice.

MSB is carrying out measures in support of care services